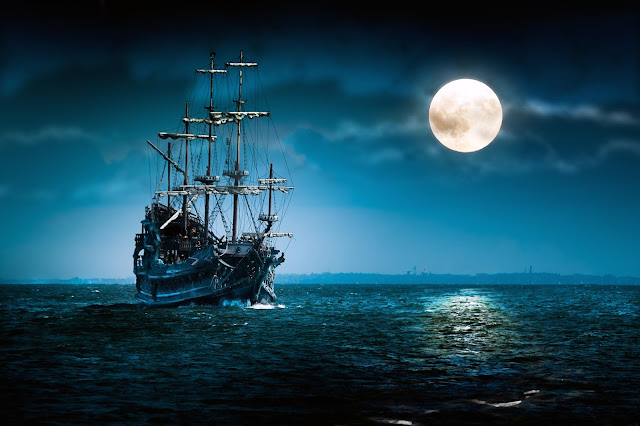 Captain August had two loves in his life. He was a man with a crooked smile, missing teeth, and a glint of cleverness in his blue eyes. He stood proudly on the deck of his beloved ship, leading a crew that respected him. Salty air softened the skin of his nose, but clung to his beard. He turned the helm of the ship to depart from the course of his strange, beautiful guide.

The mermaid had been a loyal help to the crew of The Lightning Queen ever since they shared stories and cider with her three years ago.

That was the captain’s second love, a tall cool glass of cider. He lived on an apple orchard as a child and never intended to leave. took him down strange paths and his heart brought him to the sea. But every year he turned his back on the ocean, returned home to his orchard, and pressed cider.

Every year the mermaid told him not to go. She urged him to stay in the ocean, but he never listened.
“They can’t control me on land,” he’d always say. “Don’t think control me at sea.” He turned away then, but her words stopped him in his tracks.
“Cursed are you, Captain, double-minded child. Wherever the sunset finds you, there you must remain. Choose the right love today. You can still spare yourself and your crew.”
Captain August laughed at her. “ curse you wield can stop me.”
“You wield the curse against yourself. Your double-heart serves only as a half heart because you love the wrong thing. It will be the ruin of both your orchard and your home at sea.” With that she swam away.

In time, the Lightning Queen navigated through the sharp rocks at the break and dropped anchor at the cove at August’s Orchard.

He slung a bag over his shoulder and walked to his orchard, leaving his crew to secure his ship. A dry wind blew down from the hills, drying his face and rustling the leaves of his orchard. He was not a captain here. When he was on the land, he was an owner, a man of property. He wasted the whole day in his orchard drinking cider and celebrating the great harvest with his neighbors.  When the sun began to set, he remembered the mermaid’s curse.

With a glass in his hand, August walked to the shore. The light faded in the sky. The tide lapped around his boots where he stood. He stayed until could no longer make out the silhouette of his ship.

“Ha!” he said to the night. “How foolish that mermaid will look tomorrow when I sail out on my ship.” Then he had a lovely idea to embarrass the mermaid even more.

He woke his crew early the next morning. He ordered them to fill barrels with cider and take them to the ship. Then he took more barrels and cut the tops off of them.

“Captain,” his second mate said. “What about the mermaid’s curse? Won’t destroy us all?”
“That mermaid is a fool and so are you for listening to her.” He said, his nostrils flaring. “Don’t question my orders. Just get it done.”

He ordered his orchard workers to fill the remaining barrels with soil, uproot his apple trees, and plant them in the barrels on the ship.

“Sir,” his steward said. “That’s madness. The trees need the land!”
“I am in control of this orchard. Not you. Not some mermaid.” He spat at the steward. “Now do it or I will wreck all you own and drive you from your home.”
“As you say, sir.” So the steward obeyed. He uprooted every tree and planted each in a barrel on the ship.

The work took one full day. The next morning, Captain August stood on the deck of his ship. “Weigh anchor!” he shouted.

The crew set to work the ship began to drift out into the bay. “See, boys! No sea witch can control me!”

But once they reached the break, the extra weight of their cargo brought them dangerously close to the rocks. Captain August determined to continue.

Something scraped against the bottom of the ship. Then they all heard a mighty CRACK! The hull of the ship buckled against the rocks. The , cast men and cargo into the sea, even Captain August. His men cried for help as they fought against the strong current.

Several mermaids came, pulling the men from the sea to the shore. The mermaid that cursed him, found August and helped him to a big rock at the edge of the cove.

He looked at the wreckage of his ship floating in the swell. An apple tree snagged against a nearby stone. “Why did you curse me?” he asked the mermaid. “why wouldn’t you let me love the sea and the cider?”

“You still don’t understand.” She said. “You filled your heart and your store with things, but you never made room for your people. Even now you don’t look to their loss, only your own. You have wrecked all you own and drive yourself from a home and destroyed all that were with you.”

The mermaids and crew looted August, leaving him where he was,  stranded on a rock at the edge of the cove.


If you want to keep reading you can check out some of my other short stories in this series:
The City Like a Cat
Dandelions and Borage
For my Daughter 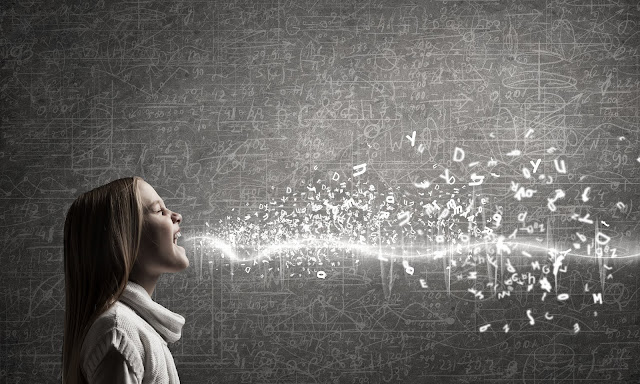